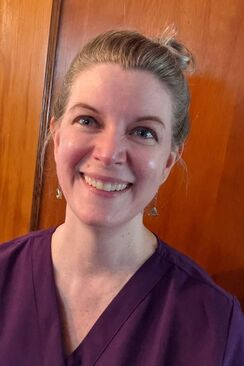 About Dr. Christina Walker, Doctor of Traditional Chinese Medicine, MEd, Licensed Acupuncturist
​
I grew up in rural Ohio, moved to Pittsburgh to attend graduate school and became a teacher - focusing on English as a Second Language.  While teaching, one of my students told me stories of his childhood in China.  He told me that he when he was little, he broke his arm and his mother took him to a man who applied an herbal paste to his arm, used a few needles here and there, put his arm in a sling and sent him home.  Everyday they went to see this man, who applied more herbs and did some acupuncture and within a month his arm was healed.  I found this fascinating - no cast, no hospital, no surgery - just needles and herbs.  I was amazed and intrigued.

This story opened my doorway to Qi.  What it is, how it heals and how every living thing on this planet is infused with it.  My students were surprised that I knew about Qi and that I did Qigong on a regular basis.  Qigong has been the one constant in my life - no matter what life serves up, it was there waiting in the wings.  It has changed my life in ways I never thought possible.  It has allowed me to find that calm, still space inside and listen, really listen to the voice within all of us that speaks the truth and provides direction.